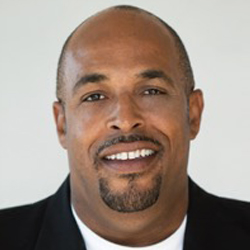 Mr. Ricky Wade is a McDonald’s franchisee of 30 restaurants in Palm Beach, Martin and St. Lucie counties. He is committed to reinforcing positive lifestyle habits, he is vice president of the Ronald McDonald House Charities of South Florida and an advisor to The Hispanic Chamber of Commerce of Palm Beaches. He is a currently the Executive Committee Board member for the Urban League of Palm Beach County and Board Member for  Palm Beach State College, The Honda Classic, The Palm Beach County Sheriff’s Foundation, and he is a Governing Board Member of Good Samaritan Medical Center, Inc. Mr. Wade is the Vice President of the South Florida Marketing Association, the NFLA Florida Representative, the NFLA Chair for the Atlanta Field Office Alignment Council and he is also a member of the RTB Board. He is a former Board member of the following organizations: Palm Beach County Chamber of Commerce, United Way of Palm Beach County, The Arc of Palm Beach County, Palms West Hospital, ASPIRA of Florida, and the Vice-president of the National Black McDonald’s Operations Association East Division. His business presence and personal involvement enriches his communities. His time is dedicated to overseeing his business and giving back to the community.

Mr. Wade was honored with an invitation to The White House to celebrate African American History Month in 2007. Later that year he also received the African American Diaspora History Maker of Tomorrow Award. He received the Ronald Award for 2007, given to McDonald Franchisees for exceptional performance in supporting the brand in community involvement. In 2009, he received the Large Business Leader Award from the Black Chamber of Palm Beach County. In March 2010, Mr. Wade was featured in Florida Trend as Business Leader to Watch. In 2011, he was highlighted by the McDonald’s Golden Arch award given only to 1 percent of all McDonald’s Franchisees and the Sponsor of the Year by the Black Educators Caucus.

Palm Beach State College awarded him the 2012 Dr. Martin Luther King Leadership Award and in February he was the recipient the Legacy Business Leadership Award. On April 10, 2018, he received a proclamation from Palm Beach County Commissioners for his work with the re-entry program. He is married to his business partner, Lissette and has three beautiful children and two lovely grandchildren. 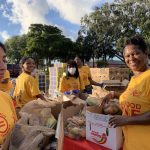 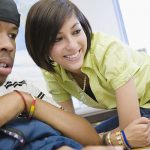 He Was Unemployed and Had Many Felonies. The Urban League of Palm Beach County Helped Him Find a Job and Become Productive.  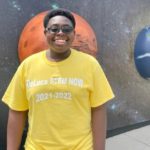